Who won the Tony Bellew vs Oleksandr Usyk fight?

Tony Bellew went up against undisputed cruiserweight champion Oleksandr Usyk on Saturday night at the Manchester Arena, but who won?

Oleksandr Usyk put his WBC, WBA, IBF and WBO titles on the line against Tony Bellew, who admitted previously that turning down such a challenge would’ve "haunted" him.

The Liverpudlian was tempted to delay his retirement plans after being called out by Usyk directly after the Ukrainian had won the World Boxing Super Series.

Not one to shirk a challenge, the 35-year-old acknowledged he would need to "shock the world" against a London 2012 gold medallist who had made significant strides in his 15 professional fights.

Bellew stepped back down to the 200lb division after taking on British rival David Haye at heavyweight in two lucrative bouts.

The Liverpool fighter weighed in for last night’s battle at 14st 3lbs - one pound heavier than his Ukrainian rival.

It was Usyk’s night.

Bellew was knocked out in the eighth round after a promising start ended in despair for the Merseyside man.

A punishing left hook from the Ukrainian put Bellew on his back, who tried to get back to his feet before referee Terry O'Connor waved off the count.

"I gave it everything I had, he is an exceptional champion. He is everything I have feared. He is the best I have ever fought,” Bellew said after the fight.

"I had a great plan, I tried my best, but it wasn't good enough. He is just so hard and awkward, putting pressure, tap, tap, tap, then he stings. He overpowers you and is bigger than you think.

"He is probably the best cruiserweight who ever lived. It is him or (Evander) Holyfield - I would love to see that fight.

"Heavyweights stay away, he takes a great shot and I don't even know if I hurt him. He is even better than it says on the box. 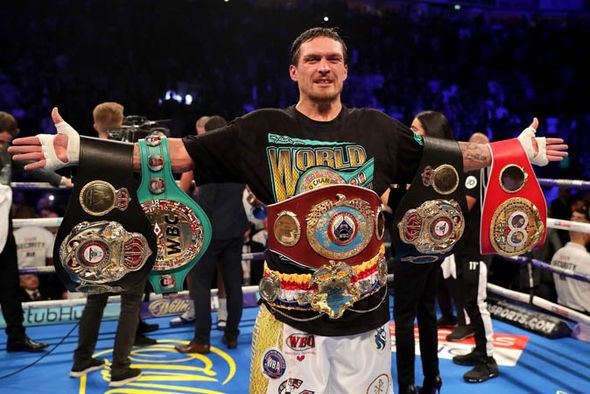