Speed One Sports are very happy to be the official online retailer of all their clothing! Work has being ongoing behind the scenes to develop the kit in the recognisable Pulse pink and black colours. Speed One Sports has also been working hard on carefully selecting suitable garments and accessories to best represent London Pulse.

The new dress was officially revealed to fans at London Pulse's first VNSL game at the Super10 event in Birmingham. Natalie Seaton, CEO at London Pulse Ltd comments ‘We are all delighted and excited to be working with Gilbert in our inaugural season in the VNSL. This is an amazing opportunity for London Pulse to work with one of the market leaders and pioneers for team wear and netballs across the globe. We look forward to collaborating with Gilbert, to raise the profile of netball in the Capital for many years to come."

Richard Gray, Gilbert Netball Sales and Marketing Director says “we are extremely excited to be involved with Pulse at the start of their exciting journey at such an iconic venue; not only for Netball but for British sport in the heart of London. We look forward to working closely with Pulse to help them deliver their ambitions for netball in the Capital City”

Check out the newly launched merchandise in our online store and get your hands on the brand new London Pulse kit! 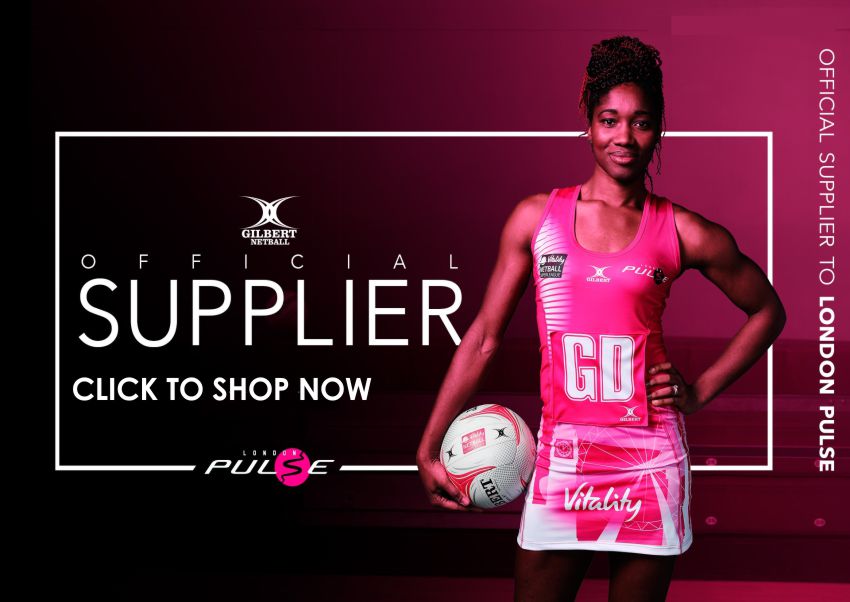