Christmas has been underway in Birmingham since November 15th, the German Market has been officially open for 4 weeks now. It's the largest outdoor Christmas market in the UK, and the biggest German market outside Germany and Austria.

The selection of seasonal stalls - a favourite of the city's festive calendar and the start of the Christmas Day countdown - now attracts more than 5.5 million visitors a year and boosts the local economy to around £400 million.

Birmingham’s massively popular market was first held in Birmingham in 1997 when Kurt Stroscher, (Frankfurt City Council’s director of festivals and events), came up with the idea as a way to market his home city overseas. By bringing a taste of a traditional German Christmas to Britain he hoped to tempt British visitors over to Frankfurt.

This year the German Market is in Victoria Square and along New Street and things have been looking slightly different. There's a timber windmill in Victoria Square and an illuminated tower. They have also been testing out the Cathedral market at St Philip's Place - which has its own Santa's grotto and locally sourced crafts, gifts, food and drink. There have also been some new stalls that have popped up this year -as well as the old favourites.

If you haven’t already been, you’ve got till Sunday 23rd December to enjoy the delights brought over from Germany. 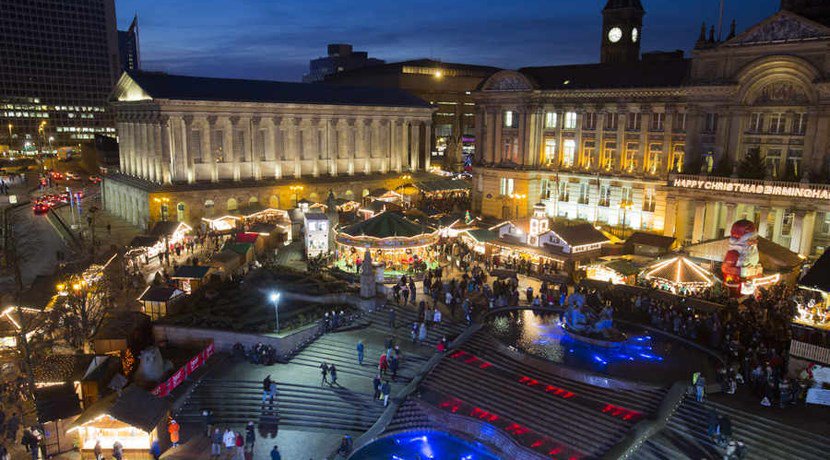 From Speed One Sports, we hope you have a wonderful Christmas and a happy and healthy New Year!